Warning: dirname() expects exactly 1 parameter, 2 given in /home/whatsage/public_html/wp-content/plugins/intelly-related-posts/includes/actions.php on line 10
 Persona 5: The Return of the Hype Train - What's A Geek
Skip to content

On May 5 2016, 21:30 JST, Atlus released new, much awaited info on Persona 5 in an event titled “Take Tokyo Tower.” They showed a new promotional video (PV), an interview with Persona 5 director Hashino Katsura, and some sweet new tunes for the game. Following this, Famitsu released new information with regard to what was shown in the event. Let’s recount the new information we have before us. Now if you’re as big of a fan of this series as I am, you’d be hyped to hell and back with all this info. And maybe a little overwhelmed. But fear not, let’s get into this as organized as possible. And without further ado, let’s get into it!

Also, if you need a refresher on what we know about Persona 5, check out our previous article on it!

The new characters would be a good place to start. One of the highlights of the new PV is that it introduced new characters. And Famitsu gave us some basic info on who these characters are. So let’s begin with the character that has drawn the most attention from fans:

Without a doubt, she has garnered a lot of interest and “waifu dibs calling.” She’s building up to be the go-to waifu of most players. Fan art of her has been popping up everywhere as soon as she was revealed. Futaba Sakura is the new “navigator” of the group. She’ll be joining the roster of navigators like Fuuka Yamagishi and Rise Kujikawa from the previous Persona games. She’s a hacker with unparalleled skill and a hikikomori, or roughly translated as a shut-in in English (no wonder she’s favorite waifu, ya nerds). Her Persona is a UFO named the Necromicon, after the Lovecraftian Necronomicon. She stations herself inside the alien spacecraft persona where she provides support for the team. She’s voiced by Yuuki Aoi who voiced Madoka from Mahou Shoujo Madoka Magica, and Aika from the Persona 4 Animation.

The other character we’re shown is Niijima Makoto. She’s attends the same school as our protagonist, Syujin Highschool, as a third year student. In fact, she’s the student council president and an honor student of Syujin. She has a strong sense of responsibility and moral integrity as the student council president. How this person with strong moral integrity join our merry band of thieves, we’ll just have to find out. She fights with her fists and uses revolvers for ranged weapons. Her Persona is Johanna based on the fabled female Pope Joan from the Medieval Ages… Who is apperently a motorcycle. Yeah. You heard me. Her Persona is a motorcycle. She’s voiced by Satou Rina who voiced Misaka from Toaru Kagaku no Railgun and Haruka from Minami-ke. 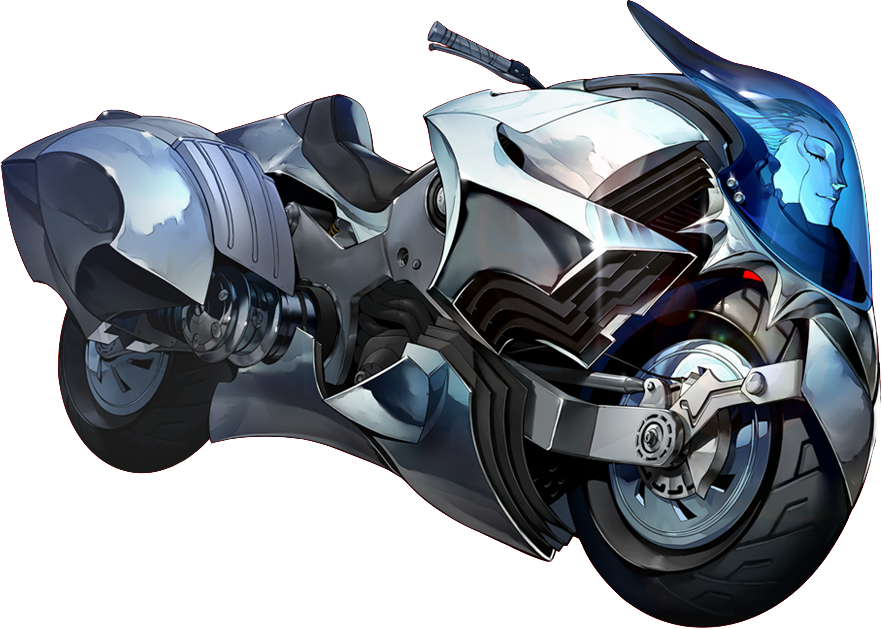 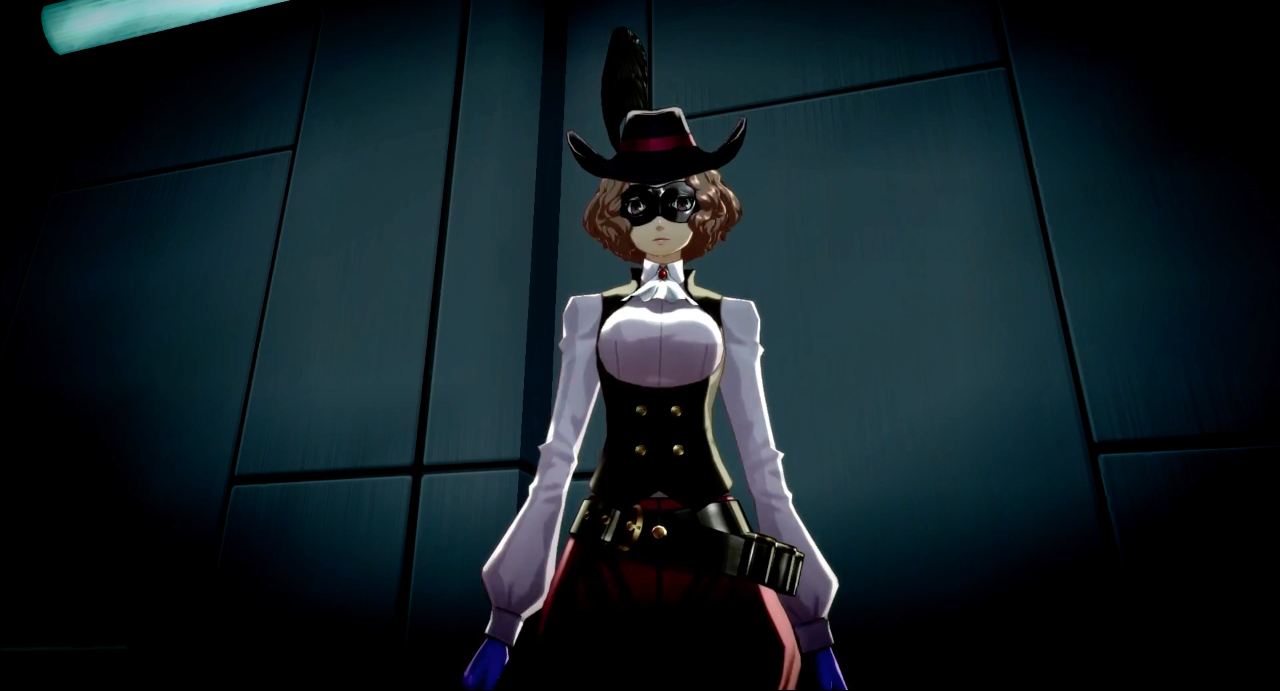 Okumura Haru is the third character shown on the PV. She’s on her third year at Syujin Highschool. She’s the daughter of a rich restaurant company owner. Like your typical ojou-sama type character, she’s naive to the world yet exudes a graceful charm. She also tends to avoid having relationships with other people. Despite her fencer-type appearance, she actually fights with halberd type weapons and uses a grenade launcher for long range attacks. Her Persona is Milady based on Milady de Winters from The Three Musketeers. She also has the fanciest All-out Attack animation to date. She’s voiced by Tomatsu Haruka who voiced Yuuki Asuna from Sword Art Online and Lala Deviluke from To LOVE-Ru.

We don’t know much about this guy. No Personas, no background, nada. But he’s there on the cover art and he’ll be on the team. It’s nice they showed this guy without introducing him, though. Adds to the anticipation, ya know?

So we mentioned above that along with the PV, an interview with Director Hashino was also shown. In the interview, Hashino said that everything was complete. Development is complete, the gameplay has been reviewed, and now the only thing left is finalizing little things here and there. And like he said before, they wanted to make Persona 5 the most voluminous Persona to date so they’ve added a lot of things to make the game denser than its predecessors.

As we’ve seen in previous trailers, the menus and the UI are as smooth as a newborn’s butt. And now they’ve further proved that they have the most fancy and aesthetically pleasing UI out there. Not to mention, having an individual button for each item on the UI seems less tedious than scrolling through a menu.

On that day they also released some new tracks for the game. While waiting for the announcement, we were given a shot of the Tokyo Tower while some of the tracks where playing in the background. I’m a huge fan of the music in the Persona games and I’d have to say, Music Director Shoji Meguro has done it again. They’re living up to that acid jazz theme that they wanted to give this game. Check out youtube channel Persona Soundtracks Compendium, they’ve ripped the tracks and made it available for listening.

Trivia: One track sounds very similar to a track in another SMT game Raidou Kuzunoha. Compare them: Raidou, P5.

Apart from that, they’re also offering a 20th Anniversary Edition of the game. This includes an Art Book for Persona 5, official soundtracks of Persona 1, Persona 2 Innocent Sin/Eternal Punishment, Persona 3/FES, Persona 4/Golden, and of course Persona 5, and DLC which include Gekkoukan and Yasogami costumes for our Phantom Thieves and Persona 5 versions of Orpheus and Izanagi. And of course a really nice box to fit all that. While there’s no confirmation that there will be a 20th Anniversary Edition for the English release, I, being an avid fan, certainly do hope there will be.

So there we have it folks. Persona 5 is just around the corner. Looking at the trailers and the gameplay clips, we can see the Persona Team have really worked hard to live up to the hype, especially since Persona is in its 20th year. From the graphics, to the music, to the overall aesthetic of the game, Persona 5 is a definite must play for JRPG fans this year.

And we’ll see each other again after E3.