Warning: dirname() expects exactly 1 parameter, 2 given in /home/whatsage/public_html/wp-content/plugins/intelly-related-posts/includes/actions.php on line 10
 Here Are Blizzard Game Alternatives You Should Consider!
Skip to content

So you’re looking for alternatives to Blizzard games, eh? Huh? Why are we writing this article? For some reason, we just think that there may be a market for this article. I can’t quite put my finger on it though…

Oh well. Back to Blizzard games – or rather, some alternatives.

Blizzard vs. The World

Blizzard, being the titan that it is, has influenced a lot of game developers to some capacity. Some former devs may have left the company to join others or form their own teams. That’s why it’s no surprise that there is no shortage of games out there that can be compared to Blizzard’s creations.

So if you’re looking for alternatives to Blizzard games for some reason, it won’t be too hard. However, if you’re still having a hard time, here are some of my recommendations:

Warcraft has a special place in my heart, because one of my earliest memories of video games came from this franchise.

StarCraft remains marvelous to this day. The story of Jim Raynor defying Arcturus Mengsk because he believed in the value of his comrades’ lives as opposed to viewing humans as mere tools for those in power is such a moving and inspiring tale. Blizzard has quite a way of imparting values onto the next generation.

Outside Blizzard’s masterpieces, there are many real time strategy (RTS) games out there that can satiate your cravings.

Age of Empires II is one that comes to mind immediately. If you want a break from the fantasy and sci-fi, Age of Empires II is a beloved game that pits historical military powers against each other. Vikings, Huns, Samurai, Knights, you name it. History geeks can even try to recreate famous historical battles. Recreate the glory of the Mongol Empire!

Command & Conquer: Generals is another game that’s set close to our world but with a little bit of modern warfare and sci-fi twists. You have mind control, ESP, gigantic space lazers and more! You have the choice of controlling US forces, GLA forces, and Chinese forces.

Gameplay is mostly similar to most RTS games. Build, upgrade, and recruit units in order to defeat your enemies!

Diablo is another game that’s been around since my childhood and has a special place in my little ol’ gamer heart. Although to be honest, even though it isn’t a horror game, it scared me as a kid.

It’s a role-playing, isometric, action game. It’s pretty straight forward: level up, get loot, get weapons, and kill the big scary demon man. But man, is it addictive. There are a few games to consider if you want to scratch your Diablo itch. 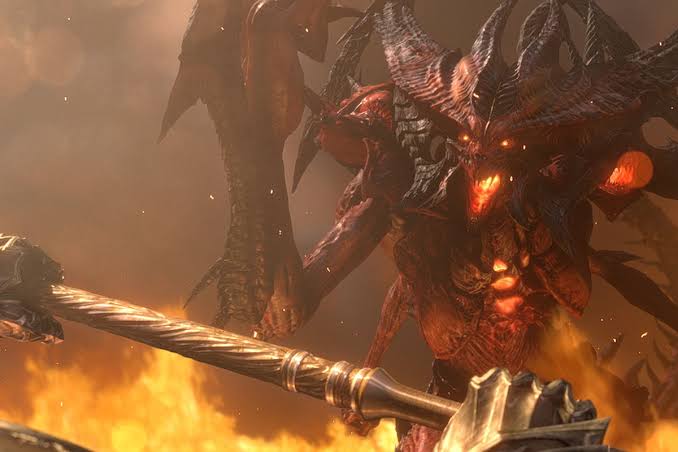 Grim Dawn is set in Cairn, a war torn world where humanity was nearly driven to extinction. What’s left of humanity is then left in the middle of the fight between two other-worldly races, Aetherials and Chthonians. Like Diablo, gameplay revolves around defeating enemies, leveling up skills, and obtaining loot from said enemies. But that’s not all. There’s a faction system that makes the questing and dungeon crawling just a tad bit different.

Path of Exile is, like the others, a role-playing, isometric, action game. You start out as some loser washed up on the shores of Wraeclast. You go through the game adventuring through treacherous areas killing, looting, and getting stronger. Eventually, a loser no more, you become a badass multi-dimensional being slayer. Play around with the classes and their unique gem spells! And it’s free.

Heroes of the Storm

Overwatch is a team-based, hero-based, first person type shooter game. This is Blizzard’s newest hottest item. (At least until Overwatch 2 gets released) Overwatch‘s gameplay is basically: you’re assigned a team, you argue over who gets which role, you stay angry at each other all game because someone didn’t get what they wanted, and you lose.

Oh excuse me, I have a bit of history with this game.

So your team has a goal and the opposing team has to stop you from reaching that goal, be it capturing an objective or escorting something to an endpoint. In order to optimize your team, you must have knowledge of how each character and each character’s skills synergizes with the rest of the team.

But Overwatch‘s main appeal to most is probably the characters, their design, and the lore of the Overwatch world. The game is full of characters who believe in upholding justice and standing up for what you believe in. There are a few competitive FPS games out there with lovable, distinctive characters. So here would be our recommendations!

Team Fortress 2 is one for the OGs and kind of a no-brainer as well considering that Overwatch has been constantly compared to it. It’s an FPS hero type, team game. Much like Overwatch, it has the quirky characters and the cartoony designs. As well, every character has their own role and abilities. But get this… Team Fortress 2 is free.

Apex Legends a battle royale. A dime a dozen type of game these days. But what sets Apex Legends apart is the inclusion of having specific characters with a specific skill set. Moreso, while most battle royales permit you to go in solo, Apex Legends has you always dropping in a team of three. Apex Legends has an amazing ping system that allows you to communicate well with your team even without talking on the mic! The characters can also be quite endearing. They have their own stories and personalities. Perfect if that’s what drew you to Overwatch. Also, this one is also free.

World of Warcraft is arguably the biggest game Blizzard has going for them. It’s an on-going MMORPG that has spanned seven expansions now, with yet another one coming up.

To play you need to pay a monthly subscription fee, which is probably why it’s one of the highest earning game franchises out there. But MMORPGs are also very ubiquitous and easy to find an alternative to. 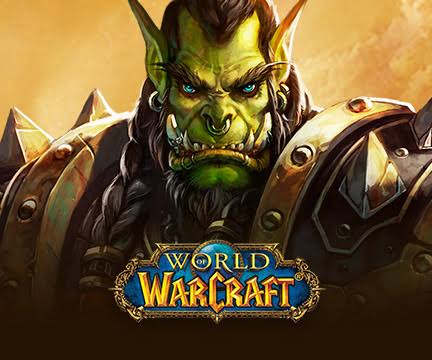 FFXIV has a lot to offer as an MMORPG. A good story, good avatar customization, the classic MMORPG triangle (DPS, Tank, Healer) gameplay are what’s in store for prospective FFXIV players.

Further, if you’re a fan of the Final Fantasy aesthetic, well then, what else should you play? It’s also a subscription based game so if you quit WoW and you just somehow feel empty when you wallet isn’t empty, this is perfect for you.

World of Warcraft – I’m sorry for this unintended entry. Oh what a foolish, foolish miscalculation on our behalf. I assure our viewers and readers that such a blunder will not happen again.

Blizzard may be a big shot in the gaming industry but it’s not very hard to find games that can match their caliber. Today’s selection of games is better than ever. So if you ever need to scratch an itch that you thought only one company could scratch, well maybe you need to try to look for the dozens of other willing hands eager to scratch you. (wait, shit, that sounds creepy)